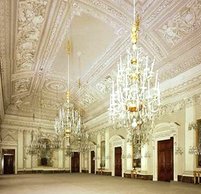 "Once in a Lifetime"

Treasures from the archives and libraries of Florence

The exhibition entitled 'Once in a Lifetime. Treasures of the archives and libraries of Florence' to be held from January 28 to April 27, 2014 in the Sala Bianca of Palazzo Pitti,  sets in motion a program called "A Year in Art 2014". Why visit? Because thanks to this showcase you can admire, among other things:

The aim of the exposure - that sets forth to the heed of explorers 133 pieces, including manuscripts, books and drawings from 33 public institutions - is to give everyone the "unique" opportunity to admire a selection of paper treasures kept in some of the major "chests" of the city cultural. And among these will not miss a selection of unpublished paper sequence "never seen" coming from various archives.

Excalibur and the Abbey of San Galgano

Trekking in Populonia and Gulf of Baratti

When and how to visit the Vasarian Corridor